I am currently working with others on the Cable Street 75 committee organising a march and rally to commemorate the 75th anniversary of the Battle of Cable Street. It is just one part of this year’s commemoration. I have put together a listings of the events that I have full details of below.
More information for the various events is being added to all the time so please visit the respective websites. 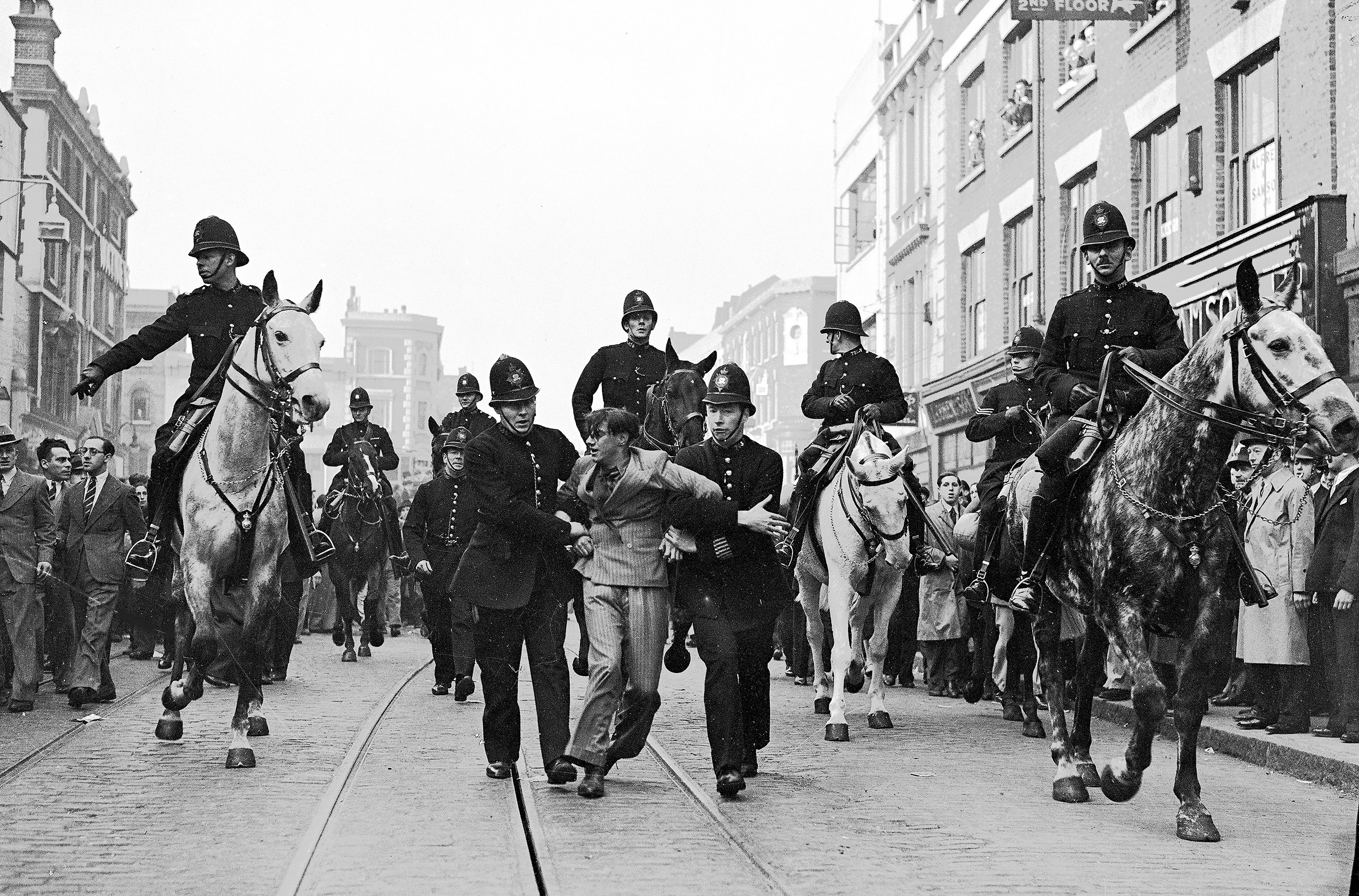 25 September, 10.30am
Jewish East End Cultural Society www.jeecs.org.uk
Seminar: The Battle of Cable Street and the International Brigade
St Georges Hall, Cable Street London E1
£30 (£25 members of JEECS) to include beigel lunch etc
Day of talks by well known historians including Dr Cesarani. A JEECS commissioned documentary on the Battle will be shown on the day. 07941 367 882 Booking recommended

9 October, 11am
Jewish Museum London www.jewishmuseum.org.uk
Family Walk: How the East was won
Price: £15 for a child + adult, £6 for any additional group member
This walk, led by David Rosenberg, tells the story of how the battle against the fascists was won. Suitable for children aged 10+ accompanied by an adult.
David Rosenberg is author of Battle for the East End: Jewish responses to fascism in the 1930s.

16 October, 3pm
Jewish Museum London www.jewishmuseum.org.uk
Bernard Kops: The Battle of Cable Street
Price: £10 including free entry to the galleries
Kops, who grew up in the East End and was 10 at the time, witnessed the events of the Battle of Cable Street as they unfolded. In conversation with publisher Ross Bardshaw (Five Leaves Publications) Kops will read from his short play about the day’s events as well as from his other work. The reading and conversation will be followed by Q&A.

This entry was posted in Blog and tagged anti-fascist, Antisemitism, Battle of Cable Street, fascism, Mosley, nazi. Bookmark the permalink.