Watching events unfold as protesters attempt to unseat Egyptian President Hosni Mubarak I am reminded of the country’s rich revolutionary history and the suppression of the communist movement there. Many Egyptian communists were effectively expelled from the country in the early 1950s. Their leader, Henri Curiel, carried on working against colonialism from exile in France, forming a unique organisation, and putting his supporters in the service of anti-imperialist and anti-fascist struggles worldwide. February 2011 … Read more here. 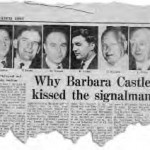 THIS YEAR marks 70 years since Alex McFadden joined RMT. During his long career he became a leading local and national figure, representing the union in negotiations with national government.

“My family on my mother’s side were very political. I had an uncle that fought in Spain,” recalls Alex … Read more here. 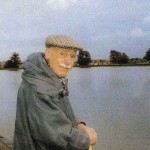 JOCK NICOLSON’S autobiography, A Turbulent Life, was launched recently at events in Glasgow and London.
Jock was a lifelong trade unionist and communist who, among other things, served two terms on the NUR national executive during the 1970s… Read more here. 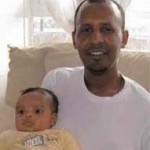 ASSAFA HADISH was carrying out a railway track inspection at Leatherhead one August morning in 2007, as he had done many times before. It was just another day at work and the best time of year to be working outdoors. 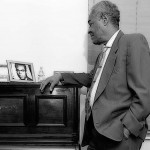 THE MURDER of Kelso Cochrane on Saturday 17 May 1959 became one of the most significant moments in the history of racism in Britain. Stabbed to death by a gang of racist white youths, Cochrane was killed in a strikingly similar way to Stephen Lawrence in 1993. In both cases there was a conspiracy of silence that protected his murderers, but of course Stephen’s name remains well known while Kelso’s has largely faded from public memory… Read more here. 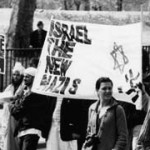 ANTISEMITISM is enjoying a renaissance. In Britain, attacks on Jewish people or property have increased by 260% over a two-year period; in France, synagogues have been firebombed. The antisemitic upsurge is closely linked to events in the Middle East… Read more here. 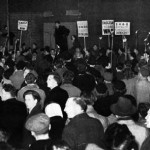 LESS THAN a year after the liberation of Europe’s Nazi death camps it was back to business as usual for Britain’s fascists. They held open-air meetings at which speakers spouted crude antisemitism in the run-up to launching a successor organisation to Oswald Mosley’s British Union of Fascists (BUF). 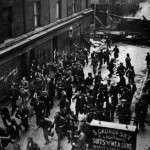 They Shall Not Pass January 2002

TODAY, BRITAIN’S Jewish community has an effective defence organisation – the Community Security Trust – which recognises that fascist organisations pose a genuine threat. However, this has not always been the case. In the first of two articles Steve Silver looks at the Jewish community’s response to fascist activities before and during the Second World War… Read more here. 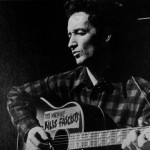 “WOODY GUTHRIE is the original folk hero,” according to his entry in the Rock and Roll Hall of Fame, one of a number of post-humous accolades. While Woody’s contribution to folk music is widely recognised, his contribution to the struggle against fascism and racism, which he saw as part of the wider struggle for the rights of working people, is less well known. Read more here. 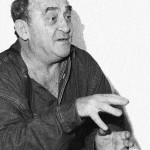 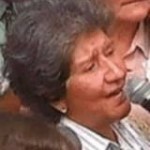 SOLA SIERRA, President of the Association of the Relatives of Disappeared Prisoners in Chile, flew into London to address a demonstration in Trafalgar Square on 7 November demanding that Pinochet face trial in Spain. As Sola awaited a decision from the Law Lords on whether Pinochet will be extradited to Spain, she talked about her organisation, the significance of Pinochet’s arrest… Read more here 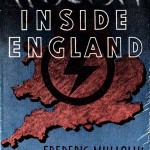 Frederic Mullally is unimpressed by Channel Four’s Mosley series. Having had a preview of the programmes, he is adamant that they do not present Mosley as he really was. The bestselling author should know, as he was a Fleet Street journalist who wrote about the fascists as they attempted their postwar revival… Read more here.