Stalingrad 1942 : The hour of courage had struck the clock 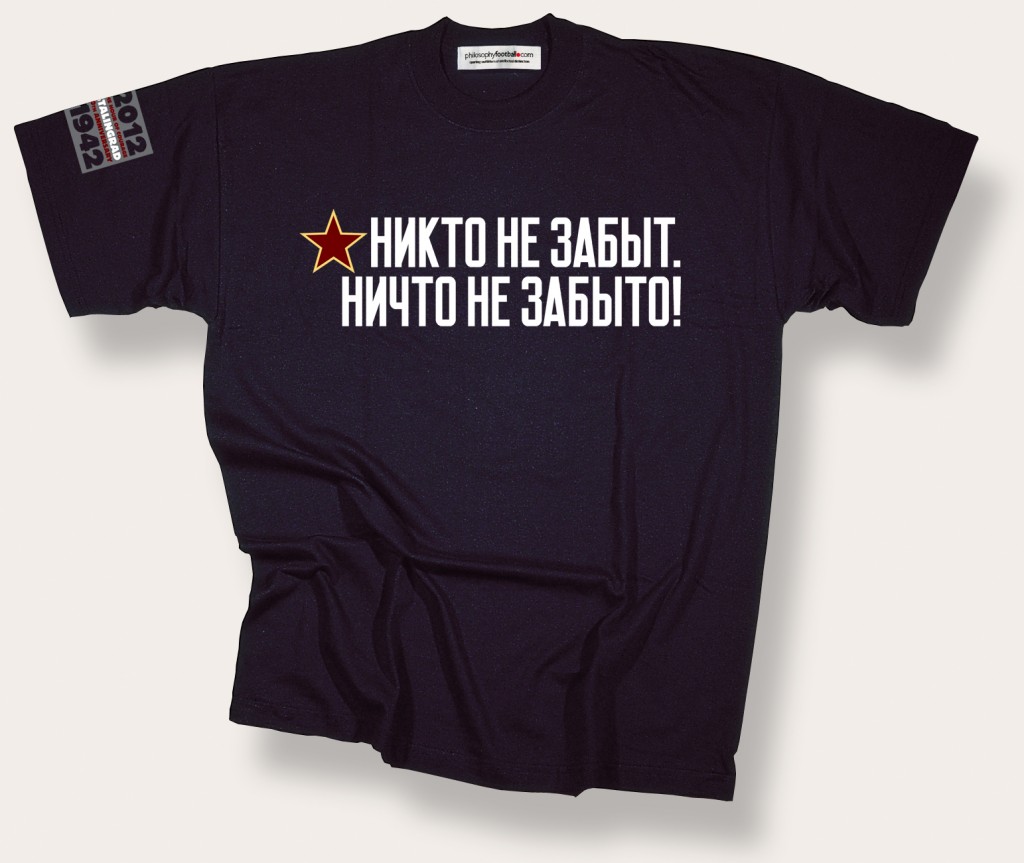 Mark Perryman at Philosophy Football just sent me the text below advertising their new T- Shirts commemorating the epic Battle of Stalingrad.

We know what’s at stake and how great the foe’s power,
And what is now coming to pass.
The hour of courage has struck on the clock
And our courage will hold to the last.
The bullets can kill us, but cannot deter;
Though our houses will fall, we shall remain.
Anna Akhmatova, 1942

September, 1942 the Nazi onslaught on Stalingrad commenced with a bloody vengeance. The sky turned brown from the dust of fragmented buildings, the ground vibrated because of the power of the explosions. The Fascist army’s advance continued but faced the most ferocious resistance imaginable. The horror of fighting the Soviet troops on their favoured terrain, the approaching Russian winter, fast became a reality for Hitler’s Generals. While German tanks entered the outskirts of Stalingrad the Soviets dug in preparing to fight for every district, every street, every house.

Almost six months later , 2 February 1943 and the defeat of the Nazi forces which had sought to encircle and destroy Stalingrad was complete. Out of each Red Army division sent to defend the city no more than a few hundred soldiers survived, 1.1 million casualties, of which 485,751 lost their lives.

For Hitler the defeat at Stalingrad was the beginning of the end. The story of the Red Army’s sacrifice had a powerful effect across the world, especially on resistance movements in occupied Europe. The Russians who had taken the brunt of the German onslaught since 1941 were now turning the tide and a year later would be joined by the Allied forces opening up the second front with the D-Day landings landings at Normandy.

Philosophy Football’s 1942-2012 Stalingrad range marks the battle’s 70th Anniversary. Inspired by Anna Akhmatova’s poem the designs are based on a medal, a fuselage, a propaganda poster, a book title from the time and the slogan with which the Russian people greeted their eventual victory. “Nobody is forgotten. Nothing is forgotten!”

This entry was posted in Blog and tagged anti-fascist. Bookmark the permalink.