It was a long hot day yesterday, but one which was a great success.

I was stewarding at the front and then when we paused at the junction of Leman Street and Cable Street for the police to close the road to traffic I snapped this photo of the front of the march. 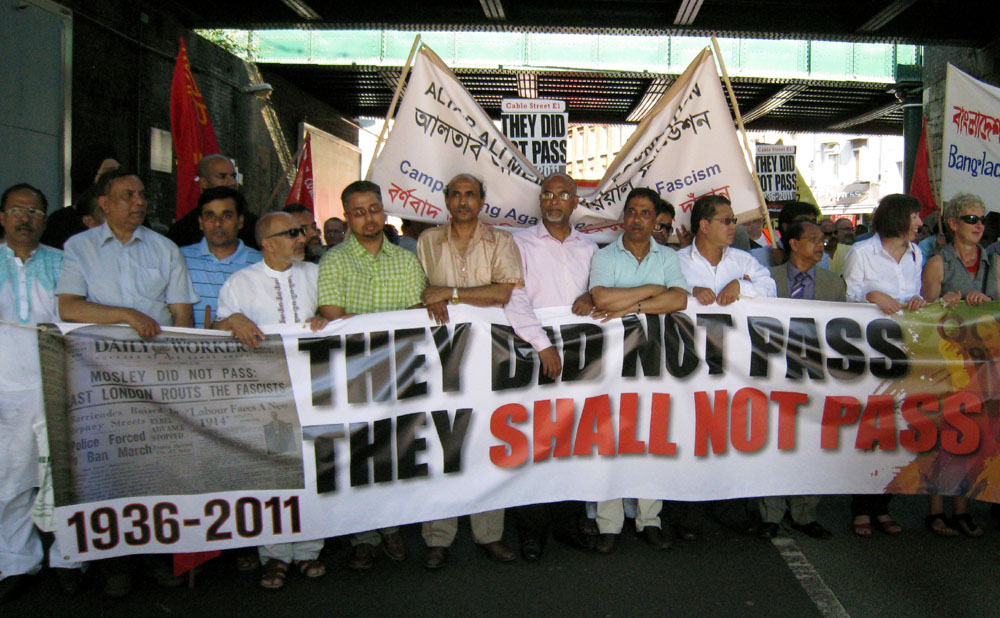 The rally went really well, there was some great speeches and a great atmosphere. While David Rosenberg was speaking I went off to find 96-year-old Cable Street veteran Max Levitas, who was meant to be on the platform as he was the next speaker. I found him doing an on camera interview with the Stepney born actor Steven Berkoff.

While I waited for them to finish the shoot I took the pic below. 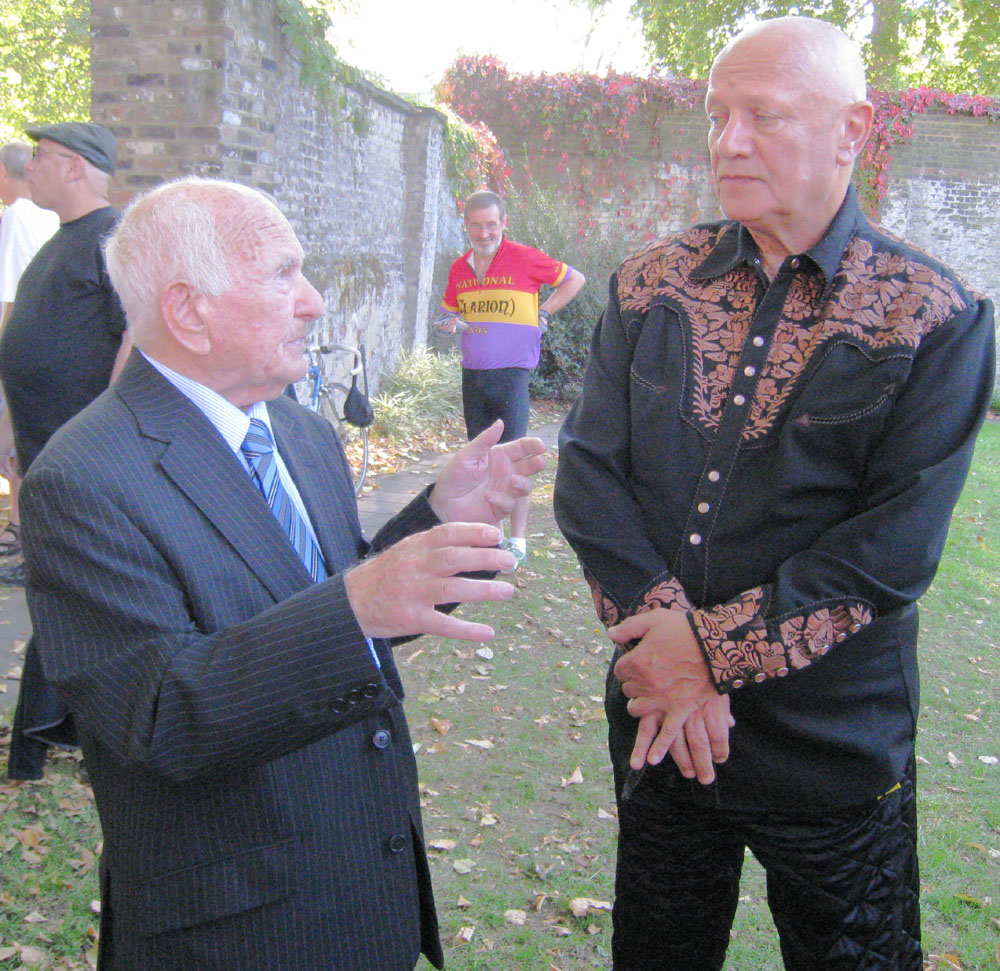 There is a report on the day from Nick Lowles at HOPE not Hate here.

Ross Bradshaw at Five Leaves also has his take on the day here.

There are loads of photos of the march and rally here.

Another report with lots of photos can be found here.

The Morning Star’s report can be found here.

Finally, a pic I took of Bob Crow of RMT speaking at the rally with Max Levitas and David Rosenberg seated, listening. 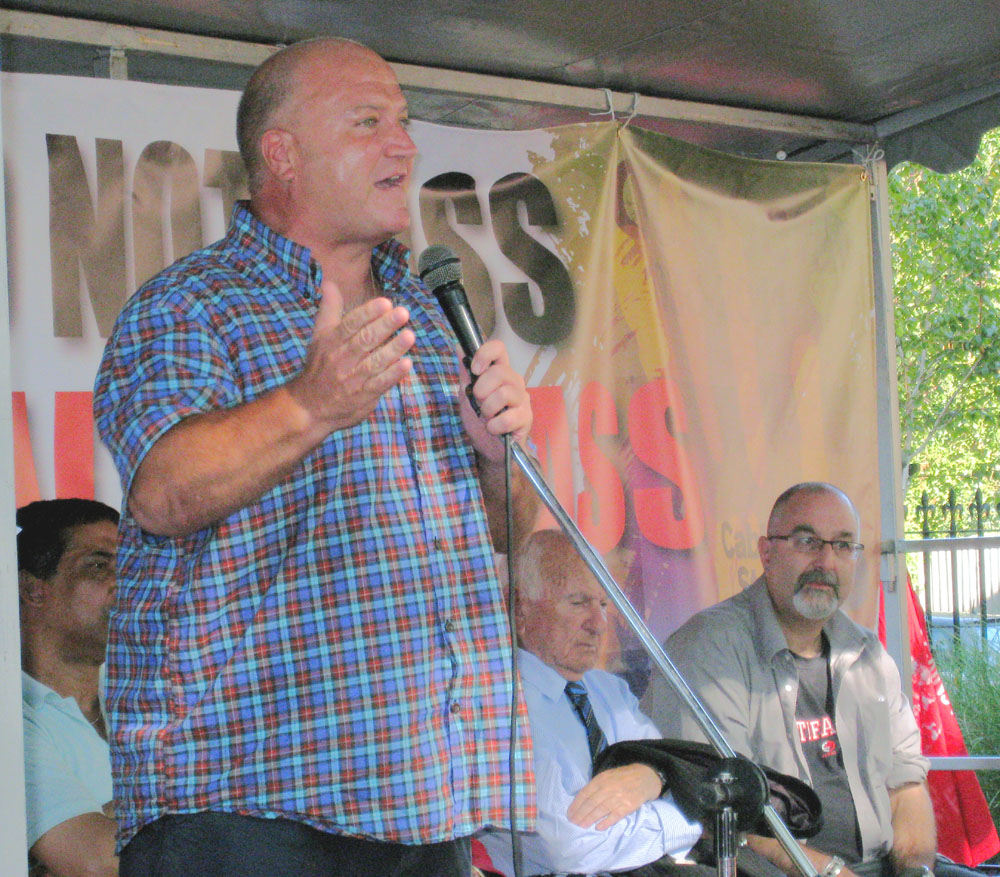 The Battle of Cable Street pamphlet that I put together for Searchlight Educational Trust is available here.