A gem from Compendium’s basement 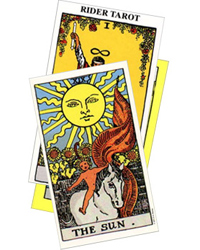 There was a time when most of my weekends used to incorporate a trip to Compendium Books in Camden. If you were looking for a publication that wasn’t mainstream, and I invariably was, then Compendium was the place to go.

My Compendium years were the mid 1980s when New Age was de rigeur and had spawned an industry that spewed forth a vast amount of publications, inversely proportional to anything sensible in their contents.

If you wanted to know how to cast rune stones, read tarot cards, understand wicca, the healing properties of crystals or whatever the latest psycho-babble was then it was all there through the doors of Compendium.

But that was the upstairs bit. There was a staircase leading down into the basement’s cornucopia of left-wing literature, and there was where I headed. In fact, it was so crammed full of stuff that some of the left newspapers used to be displayed on the staircase itself.

There was a carousel of newspapers and magazines that I must have spent hours poring over. Communist Party and anti-fascist literature was generally readily available to me so it was the delicacies of the more esoteric left that I was in search of.

Distribution of the kind of material that I was looking for was chaotic to say the least. You never knew what was going to be in the shop, even if the latest copy of what you wanted was due out. This I guess was because it depended on when someone was going to show up with a carrier bag full of their magazine or paper.

A good haul could include a copy of  Workers’ Hammer (Spartacist Tendency), Class War (Anarchist) and Jewish Socialist magazine (Bundist – well kinda) to name but a few. There were plenty of good old sectarian pamphlets to look at as well but as I wasn’t interested in the merits of the POUM or other great political failures of the ultra-left I didn’t pick up so many of them.

The newspapers and magazines, ephemeral in nature, are long gone. But I picked up some great books though which have moved with me from flat to flat and house to house. 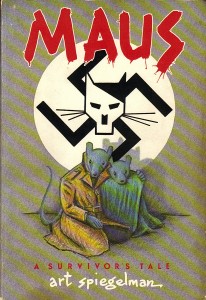 There was an American underground comic publication called RAW which I loved, and on the very rare occasion that the shop had a new edition in stock it felt like an early birthday present. One of Raw’s editors and contributors was Art Spiegelman who published the groundbreaking graphic novel Maus. In fact, Maus was serialised in RAW, chapter by chapter, before it was published as a book. And when it was published as a book I picked up my American imported copy from Compendium, long before it was generally available in the UK.

And when Peter Wright’s book Spycatcher was banned in England it was Compendium that sold me an expensive imported edition at an over-inflated price. 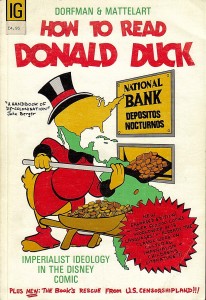 Another book that springs to mind was Dorfman and Mattelart’s How to Read Donald Duck, a critique of Disney’s role in Chile and the rest of Latin America. It was my first introduction to the concept of cultural imperialism. Unsurprisingly the Chilean Junta burnt copies of the book along with other stuff they didn’t like.

Compendium shut its doors for the last time over 10 years ago. But there is one gem of a book that I found in that basement that somehow refuses to remain buried. The slim volume seems to work its way off my bookshelf every couple of years and demands to be looked at again. 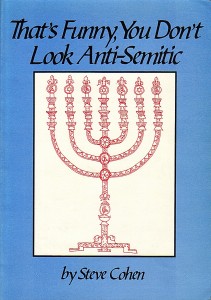 That book is Steve Cohen’s That’s Funny, You Don’t Look Anti-Semitic. Published in 1984, it was an unprecedented expose of antisemitism on the left, with particular regard to Britain. Even today, with all the years that have passed since it was written, I think it remains an essential read for anyone on the left who is serious about combating antisemitism.

Steve Cohen passed away last year. He made a great contribution to the left, and particularly anti-racist, politics in Britain. There is an obituary here and also some tributes to him here.

With the wonders of the internet you too can read the book, here and here. If you are on the left and have never read it, then you need to.

One Response to A gem from Compendium’s basement