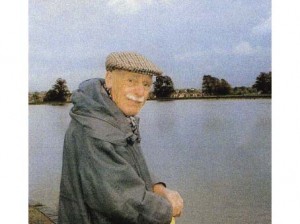 Jock Nicolson’s autobiography, A Turbulent Life, was launched recently at events in Glasgow and London.

Jock was a lifelong trade unionist and communist who, among other things, served two terms on the NUR national executive during the 1970s. He died in August 2007.

Jock’s story gives a tremendous insight into the life of the labour movement when it was at its strongest. It is more than a story of political struggle, it is also a personal account of how a working-class boy from Hamilton in Lanarkshire, who left school with no qualifications, came to find himself at Downing Street facing the Wilson government.

The book describes how in 1974, in the face of a national rail strike, the government asked to see the NUR executive to try and avert it.

However, Jock was having a break, staying in a caravan in the countryside with his wife Bridget at the time.

He recalled that the old lady that owned the site came to him in the morning and said: “Mr Nicolson, the Prime Minister wants to see you urgently”.

Jock says that at the meeting Denis Healey did all the talking and that Jimmy Booth, on behalf of the NUR executive, replied by giving him a “roasting” about the increase in prices.

“I can still see Healey throwing himself back in his chair with eyes staring and lips downturned. Jimmy had worked in the rail workshop in Glasgow and the rivet gun had made him deaf…. We got an extra two per cent added to the pay offer and the strike was called off,” Jock wrote.

Jock was part of a generation that saw the rise of fascism and its defeat. In the wake of the Second World War the labour movement was behind sweeping changes that saw among other things the creation of the National Health Service.

Internationally, as more and more countries declared themselves socialist, it seemed that history was on their side. The book is very honest and therefore tells how the collapse of the Soviet Union and the socialist bloc hit Jock particularly hard.

While it is has become fashionable to dismiss the sort of political views that Jock had, A Turbulent Life shows just how much Jock, and his comrades really were in the vanguard of political life in Britain.

Standing in St Pancras as a Communist candidate in 1959 – at the time of the so called “Notting Hill Race Riots” – Jock’s election address declared: “The colour bar and racialist propaganda should become legal offences.”

Jock may not have won the election but the 1965 Race Relations Act came into being as a direct result of campaigns by people like Jock and his comrades.

A Turbulent Life is a story of fighting fascism, cold war, rent strikes and union militancy, it is also a very human account of one man’s involvement in a movement that fights for a better world.

Bob Crow said that Jock had a heart of a lion.

“He wanted unity and wanted to build unity and strength and he was ahead of his time.

“For example, he argued for equal pay for women when people in this union were against it and Jock will be remembered as being on the side of working people,” he said.

Jock’s daughter, Jose, added: “Jock felt that what he had written was important and he found out just before he died that he was going to get it published”.

A Turbulent Life, Jock Nicolson, with a foreword by Bob Crow, Praxis Press, £8.99 and can be obtained form Unity Books, 72 Waterloo St, Glasgow